An apologetics strategy for evangelizing to Mormons 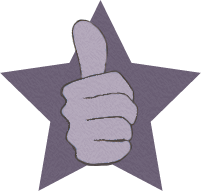 Many evidential challenges can be raised against the central (and unorthodox) tenets of "Mormonism," but if you care about the Mormons you are evangelizing, then you will want to approach things more intentionally. The following is highly recommended approach which, in conjunction with prayer, will maximize your chances of really seeing their thoughts influenced. This strategy can be straightforwardly adapted to conversations with Mormon friends who aren't missionaries.

The Challenge with Evangelizing to Mormons

A challenge with reasoning with Mormons is that they can be disinclined to spend much time with a overt apologist, the kind who is confident in his position and goes straight for talking about Joseph Smith's false prophecies, archaeological problems with Mormonism and other advanced criticisms. After all, missionaries are there to win converts, not be converted. Their disinclination to spend time with apologists (or what they call “anti-Mormons”) means they only get to hear a fraction of the challenges with Mormonism, and only a fraction of the problems with their reasons for believing. Moreover, in that short time they do spend with an overt apologist, Mormons are going to be relatively guarded, and might have little time or desire dwell on the few arguments that the overt apologist gets to raise. Is there a better way? I think there is.

The following is a strategy which esnures that Mormons will both be introduced to more challenges before cutting off communication, and also will think more seriously about those challenges being introduced. After all, they really want to help you. This maximizes the chances of influencing their thought. Additionally, since you are not presenting yourself as an expert, you will feel no pressure to know or provide answers to arguments they give when they are first given. As a final advantage, you get to enjoy friendly discussion and learn more about Mormonism.

Goal: In Stage 1 here, avoid discussing evidences against Mormonism. Be honest about having looked into Mormonism in the past (if you have), and coming out very skeptical, but only bring up child-like objections as they probe you for information. Become their most loved and eager student, who admits extreme skepticism of Mormonism, but who nevertheless wants the truth no matter what, and ultimately just cannot rationally see a reason to accept Mormonism as true.


In a nutshell: Bring missionaries face-to-face with both their helplessness in converting an ideal rational seeker, and therefore the inadequacy of the case for Mormonism.

What to do: Accept their offer to teach you in your home, while trying to intimate these truths:
“This is important”: You are convinced that these issues are relevant to life's biggest questions, and you want the truth, no matter what it is.1 Consequently…

“I should hear you out”: You enjoy these discussions and are eager to learn from them and to allow them to make their case. However…

“But I'm cautious”: You are skeptical of Mormonism, and you are only promising to give their teaching a fair shake.

In using this strategy, missionaries should be given conversational control and treated like helping teachers. The rule of thumb then, at this first stage, is to raise innocent wisdom-based concerns with their case for Mormonism rather than fancy knowledge-based objections. If they cite some given evidence, say “that's really interesting, I'll look in to that.” Then look in to it. I take it for granted that these will not be hard objections for you to answer. Research them, and present your (inevitable) concerns during your next meeting. You will have the Mormons voluntarily learning all the rebuttals to their own reasons for believing! If done successfully, the Mormon(s) in question will become very aware of how flat and impotent their case is, particularly their pray-feel test (see below).

Conversation tip #1: Refrain from ever debating (e.g. never snap back with “and why should I believe that?”). Be softer. Your thoughtful comments should convey a “my guard is down, I'm open minded” attitude, rather than a “I'm just here to undermine you” attitude. Your resistances to their teaching should sound intrigued and philosophical:

—“There is a lot I like about Mormonism, but I just don't see yet how I can accept…”

Conversation tip #2: Additionally, remember to maintain a cordial atmosphere. For this strategy to work, you want to be especially good about agreeing with them as much as possible. If you are even slightly convinced of a point, or more persuaded of a point you already believe because of something the said, acknowledge it.

What to expect from them

At stage 1 of this strategy, you are just learning, asking shrewd hard questions, and probing them for evidence. No pressure. You can expect the missionaries to forward their assertions very matter-of-factly, however. For example, they are taught to frequently chime in with “we know/testify that this is true.” Just be polite and let them continue talking. In making their case, Mormon missionaries almost always start with the following 1-2 punch:

They will attack mainstream Christianity with their “Great Apostasy” argument: Here Mormons will argue that, if mainstream Christianity is true, then it would be run by prophets and apostles in a way that precludes doctrinal disagreements. But mainstream Christianity has no such thing. They claim that the true apostolic Christianity early on became hopelessly corrupt, and that authority was lost. (In this vein, you might also be asked specifically: “by what authority do you Baptize etc.?” — See mrm.org's response: https://www.mrm.org/great-apostasy
They will invite you test the truth of Mormonism by using their pray-feel test: Here you will be encouraged to test the truth of Mormonism and their founder's status as a prophet by assessing whether you have peaceful, inspiring, or otherwise good feelings as you sincerely pray asking God about it. If so, they encourage you to regard this as confirmation from the Holy Spirit.
See how to handle the pray-feel test strategically as a Star-Student.

You can also expect missionaries to encourage you to be reading the Book of Mormon, to listen to specific Mormon sermons online, and maybe to attend church with them. You should consider at least be reading some of the Book of Mormon every week as a gesture of good faith. After expressing the understandable concerns with the 1-2 punch discussed in the links above, you can start evaluating other arguments (which are less predictable, but normally easy to research).

To encourage the missionaries to start thinking about evidence, attempt to regularly be re-affirming your belief that you have good reasons for thinking God exists, and good reasons for thinking Jesus resurrected, and that you just do not see analogously good reason to accept Catholicism, Jehovah's Witness theology, or Mormonism. The goal is for them to see that the grass is greener over here. If they don't see how well evidence a faith can be (in basic Christianity), then how will they know what they are missing out on? You want them to see the difference: that Christianity can be successfully intellectually motivated in a way that Mormonism cannot. They should see that being in the truth “feels” different.

The advantages of the Star-Student strategy were listed in the introduction, and many of them will have already been realized at this point.  If you continue to do things right, you will now have an opportunity to present to your Mormon friends with some of the more advanced challenges with Mormonism. Because of the relationship and context, you will be able to both present more of these, and they will be more seriously considered. The missionaries are invested and want to help you, after all. So where to begin? I recommend bringing up to them a challenge you “found on the internet” and “can't think of an answer to”: their founding prophet's demonstrably wild mistranslation an Egyptian papyri called The Book of Abraham.

Conversation tip #3: When you finally present your knowledge-based objections to (or  “reservations with”) the Mormon's arguments, it is important that they know it is not your argument, but the rather the argument of the book or website from which you got your information. You simply find yourself being persuaded or partially persuaded by it, and want help.

—“I don't know; this seems like a fair criticism, don't you think?”